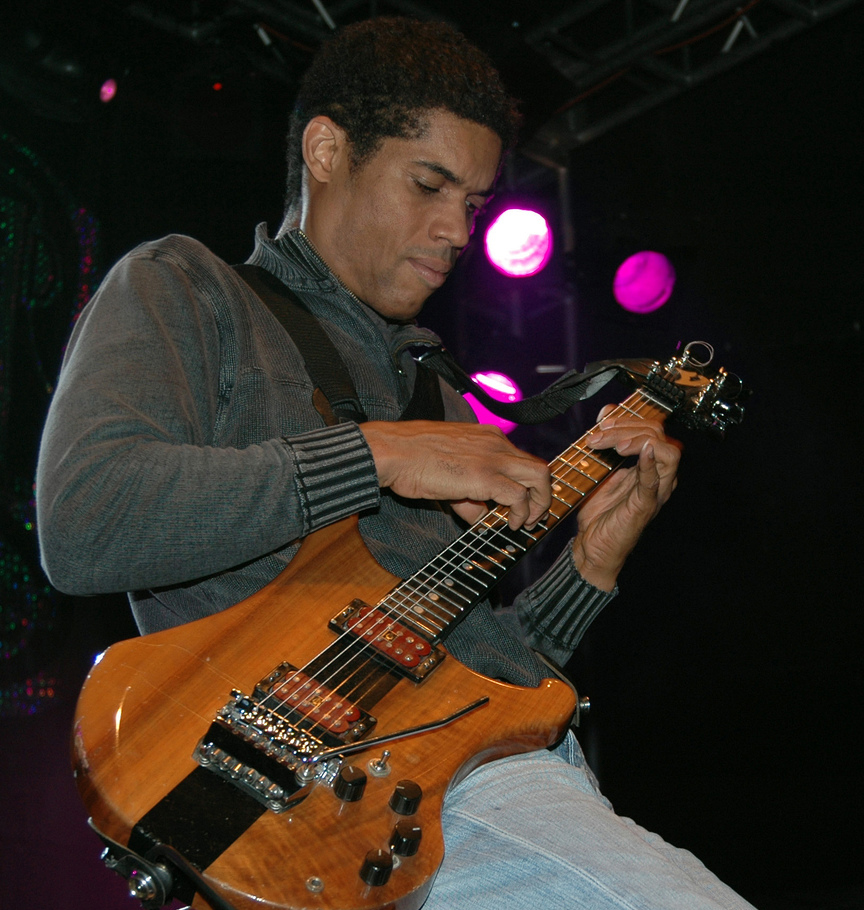 Stanley Jordan is a jazz guitarist who can play two guitars at the same time using his unique tapping technique. It blew me away the first time I saw a video of him playing Autumn Leaves with his trio. Stanley uses a very specific gear setup for recording and performing.

Sometimes, Stanley just goes direct into the monitors to get a fuller sound that isn’t focused on the mid ranged frequencies like guitar amps.

Stanley used to use much more effects such as wahs, Midi sounds and other effects, but now he keep his setup simple and minimal.